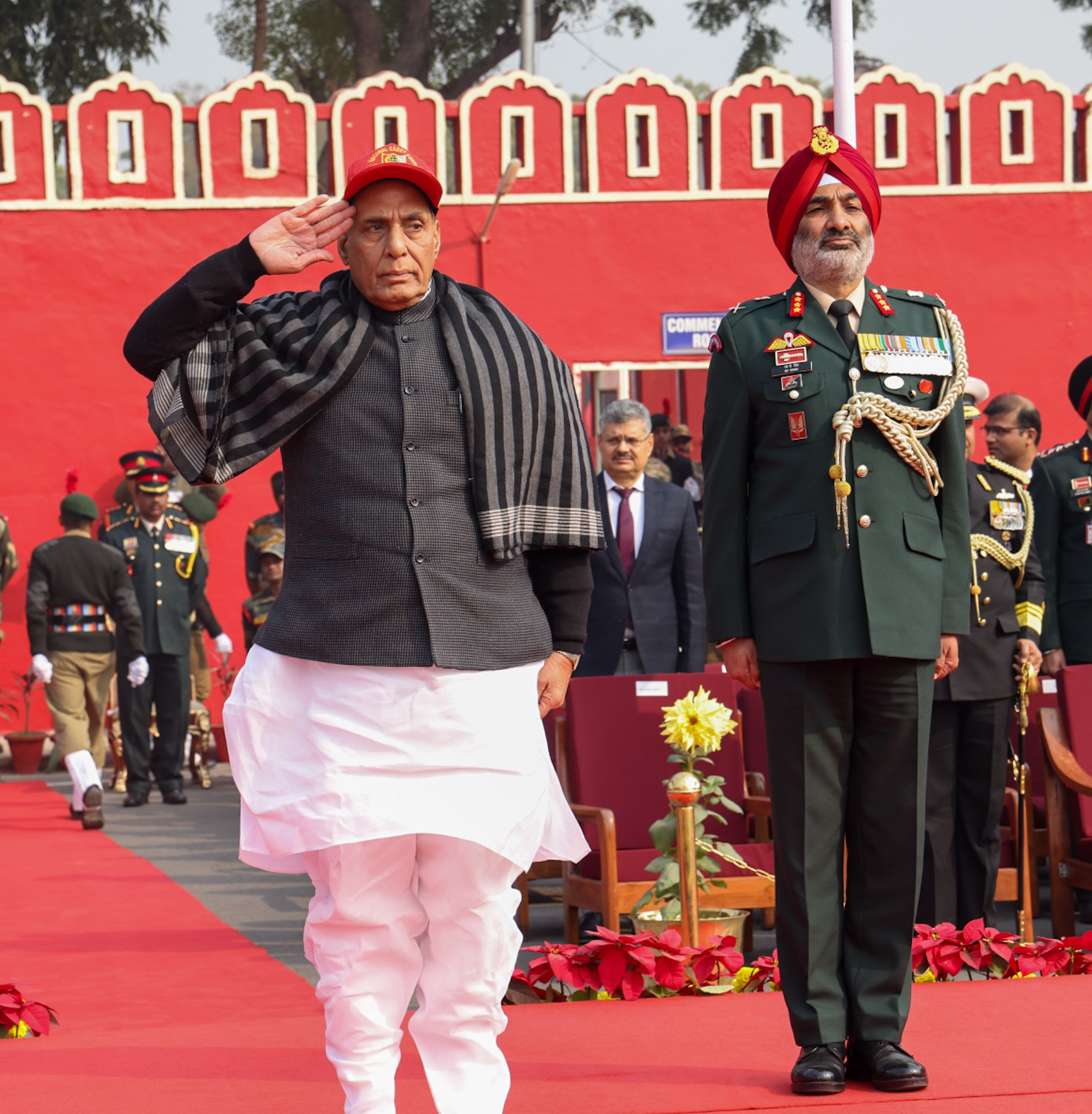 “Stronger the youth is, stronger will be our country”

In an inspirational address to around 2,000 cadets, who are participating in the camp, the Raksha Mantri exhorted them to identify new ways and strive to help the nation move forward on the path of development with faster pace. He, however, urged them to stay connected with the country’s age-old values & traditions and work in the field of their choice with humility.

Emphasising on the need to mould oneself according to the changing times, Shri Rajnath Singh said, no stone is being left unturned by the Government to equip the nation to deal with challenges that may arise due to the fast-evolving global security scenario. He, however, maintained that while changing with time is essential, staying connected with the country’s glorious past is equally important. The aim is to build a strong and prosperous India, rooted in its culture and traditions, he said.

The Raksha Mantri also called upon the youth to eliminate the concept of ‘Use & Throw’, pointing out that directly or indirectly society & the environment suffer the most due to this practice. Saying that destruction of environment means destruction of life, he appealed to the youth & the nation at large to reuse goods as far as possible and work for the conservation of nature. He also encouraged the youth to not let the ‘Use & Throw’ concept enter their personal lives, urging them to respect the elders, family & friends. He stated that while knowledge and education are important, life values hold equal relevance.

Shri Rajnath Singh urged the cadets to focus on character building as much as they pay attention to gaining knowledge and earning wealth. He expressed confidence that the cadets, with their hard work, dedication and values, will touch heights of success and bring laurels to the country. “The path of India’s progress goes through the youth. The stronger our youth is, the stronger our country will be,” he said.

The Raksha Mantri appreciated the NCC for transforming its cadets into a well-rounded personality by inculcating the qualities of a leader, soldier, artist and above all a good human being. “Unity, discipline, truthfulness, courage, harmony, leadership and teamwork taught at the NCC have always been the guiding light of our country. Some of the most important qualities the NCC imbibes in its cadets are determination to achieve a desired goal, team spirit and getting rid of the fear of failure. This not only helps the young minds to create their own path, but also gives a new direction to society. There is a need to keep working on these qualities as it makes a person perfect & complete in the longer run,” he told the cadets.

Describing the country’s fool-proof security infrastructure as one of the best examples of team-work, Shri Rajnath Singh asserted that the while the Armed Forces are protecting the nation from all kinds of threats; scientists, engineers, civil officers and others are providing all support by moving shoulder-to-shoulder with them. “If there is ever a need to fight a war, the whole country will be behind our Armed Forces. It is the result of team-work that India has defeated its enemies in the past and won many wars,” he said.

Further elaborating on the benefits of team-spirit, the Raksha Mantri stressed that India itself is a shining example as it is home to a number of languages, dialects, religions and ideas. He pointed out that despite this diversity, India remains united and moves forward to secure the interest of its people. “Irrespective of their backgrounds, all Indians come forward and contribute to Nation Building. This is a major reason behind India continuously moving towards becoming one of the leading countries in the world. There is a need to implement this aspect in our lives. Working together doubles the strength, increases the chances of success and negates the feeling of arrogance. The NCC cadets should never let arrogance become a part of their personality and always be grateful to the nation and society,” he said.

As part of the event, a colourful cultural programme was presented to Shri Rajnath Singh by NCC cadets. He also inspected the Guard of Honour presented by a contingent of NCC cadets drawn from the Indian Army, Indian Navy and the Indian Air Force wings of NCC. He commended the cadets, drawn from all 17 directorates spread across the country, for their performances, terming it as a symbol of India’s unity in diversity.

The Raksha Mantri also visited the Flag Area prepared by the cadets, depicting various social awareness themes. He was briefed by the cadets on their respective models. Thereafter, he visited the ‘Hall of Fame’, which has an impressive collection of alumni photographs, models and other achievements of NCC over the past 75 years. Defence Secretary Shri Giridhar Aramane, DG NCC Lt Gen Gurbirpal Singh and other senior civil & military officials were present on the occasion. 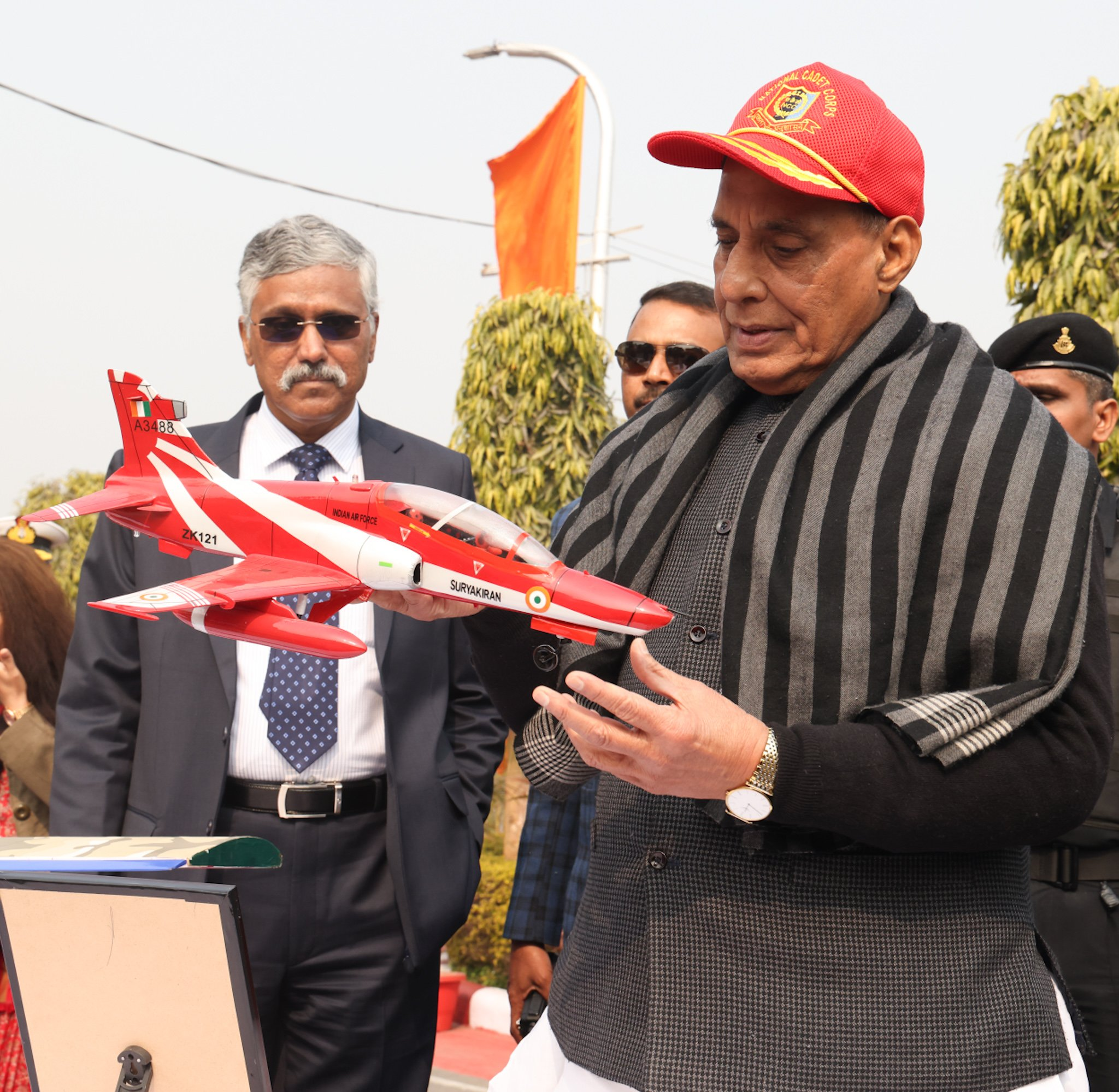