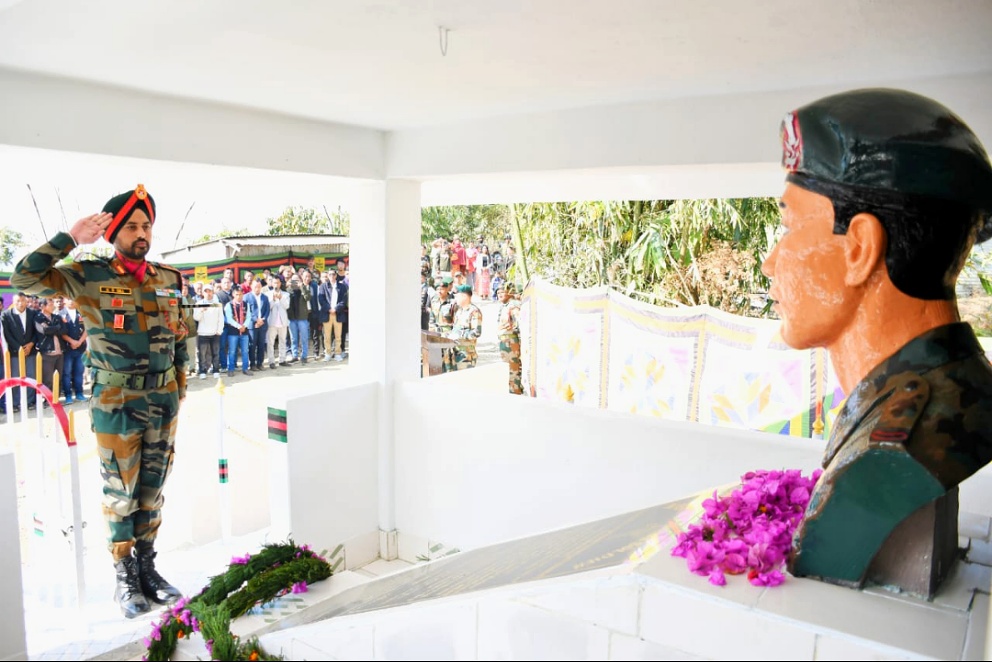 Late Rifleman Khampai Wangsu sacrificed his life for motherland while carrying out Road Opening duties in Jairampur, Arunachal Pradesh on 22 December 2017. The memorial was built by the family of the bravehearts but it got dilapidated due to the vagaries of weather. Assam Rifles carried out renovation of the memorial and organised wreath laying ceremony on the occasion of the sixth remembrance day of Late Rifleman Khampai Wangsu, Sena Medal. During this occasion, Mrs Sesa Wangsu was interacted and felicitated. She was assured of necessary assistance from Assam Rifles. Local population expressed gratitude towards Assam Rifles for renovating the dilapidated memorial.