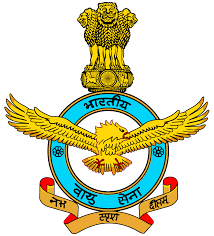 In order to create awareness about the military potential of the Indian Air Force among common public and to motivate students/youth of the country to opt IAF as their career, Air Force Station Sulur successfully organized a “Know Your Forces” campaign on 20 and 21 Jan 23.

On this occasion, Air Display was performed by LCA Tejas Fighter aircraft, AN-32 transport aircraft, MI-17 V5 and ALH Helicopters and Power Hand Glider. The Station received overwhelming response from students of various schools and colleges in the vicinity of Sulur and Coimbatore city. In addition, the event was also witnessed by civil dignitaries, Army, Navy & IAF personnel along with their families with great zeal and enthusiasm. The thrilling aerial manoeuvre left the audience mesmerized. The amazing performance by the IAF bravehearts elicited loud cheers and applause. Flying in formation at a mere 10 meters’ separation, the flying machine of the IAF defied the laws of aero dynamics and left the audience breathless while giving them memories of a life time.

In addition to these events, a static display was also arranged which attracted large number of people especially students from various schools and colleges. The close and ‘never seen and experienced before’ proximity of the aircraft, Radar and other military equipment made the event memorable for one and all. Enthusiastic participation and presence of large number of students and people from all walks of life made the entire event a grand success.