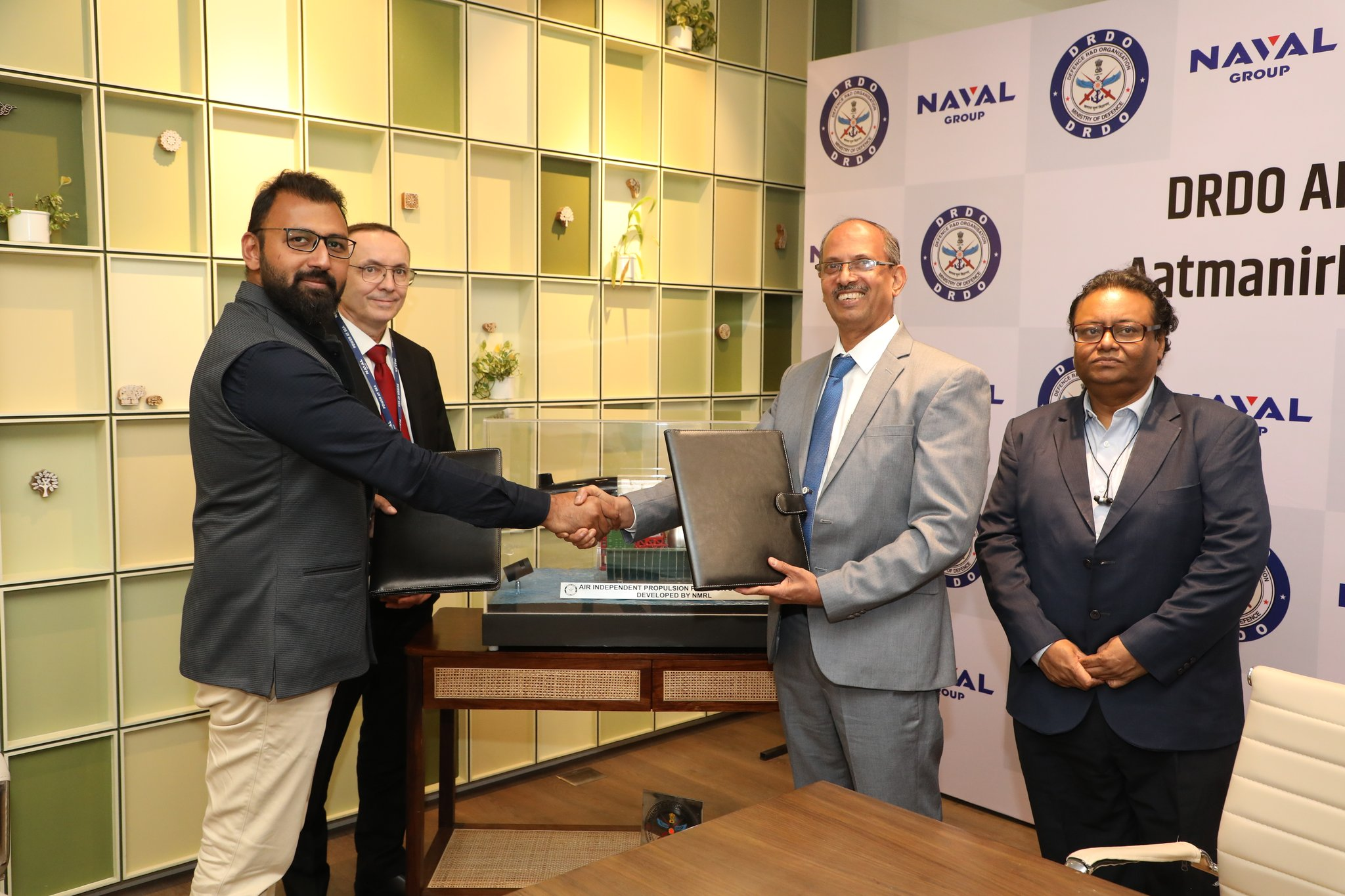 In a major boost to ‘Aatmanirbhar Bharat’, Fuel Cell-based Air Independent Propulsion (AIP) system of DRDO’s Naval Materials Research Laboratory (NMRL) will soon be fitted onboard INS Kalvari. An agreement was signed between senior officials of NMRL and Naval Group France in Mumbai on January 23, 2023 to extend cooperation to enter into the detailed design phase for integration of indigenous AIP in the Kalvari class submarines. As part of the agreement, Naval Group France will certify the AIP design for integration in the submarines.

The AIP has a force multiplier effect on lethality of a diesel electric submarine as it enhances the submerged endurance by several folds. It has merits in performance compared to other technologies and is unique as the hydrogen is generated onboard. This technology has been successfully developed by NMRL with the support of Indian industry partners. The technology has now reached the stage of maturity for industrialisation.

It is worth mentioning that the land-based prototype of the NMRL’s AIP has been tested successfully. This new endeavour will be a significant step towards the detailed design certification of the energy module, which will be performed by NMRL along with Indian industry and design of the platforms impacted by the integration of the indigenous AIP inside the Indian submarine by Naval Group. These actions will seamlessly lead the way to start of localisation and industrialization of AIP including the hull fabrication by the Indian industry for future fitment on-board the submarines.

Speaking on the occasion, Chairman & CEO at Naval Group France Mr Pierre Eric Pommellet said, they are proud to cooperate with Indian stakeholders to safely integrate the AIP in the Kalvari class submarines, which have been built by Mazagon Dock Shipbuilders Limited. This is a natural extension of strategic bilateral cooperation shared between India and France in the field of underwater defence & deterrence and in line with Naval Group’s continued commitment towards the Government’s ‘Aatmanirbhar Bharat’ policy.