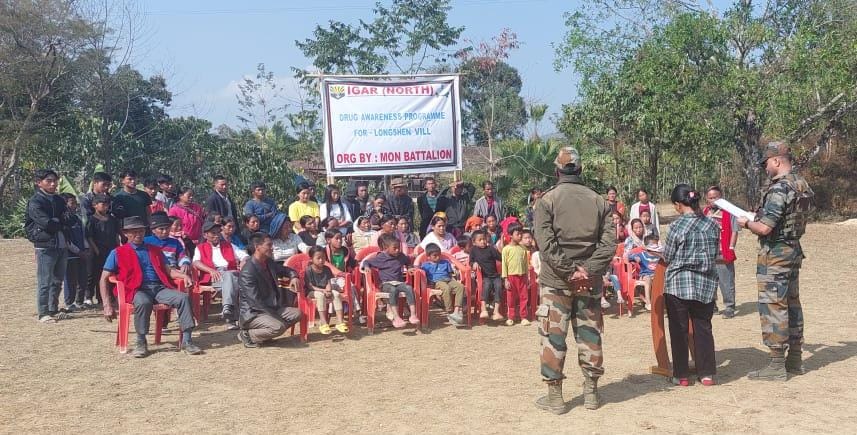 Kohima  Battalion of  Assam Rifles under the aegis of HQ IGAR (North), conducted a Security Meet at Chakhabama COB of Kohima District, Nagaland on 22 January 2023.

The security meet was attended by a total of 20 GBs and Village Council Chairmans from Kezoma Urban Station and neighbouring villages. The aim of the security meet was to discuss and update about the prevailing security situation existing in the area, on upcoming  Republic Day celebration . Sharing of information for any untoward incidents, coordination and convergence on the issues of mutual interest between Security Forces and public were also deliberately discussed during the conduct of the meeting. Attendees were informed about likely security threats in the region and also about the relentless efforts of the Assam Rifles to maintain peace and harmony in the region. During the meet, the locals were also updated and informed about the recruitment in the Armed Forces.