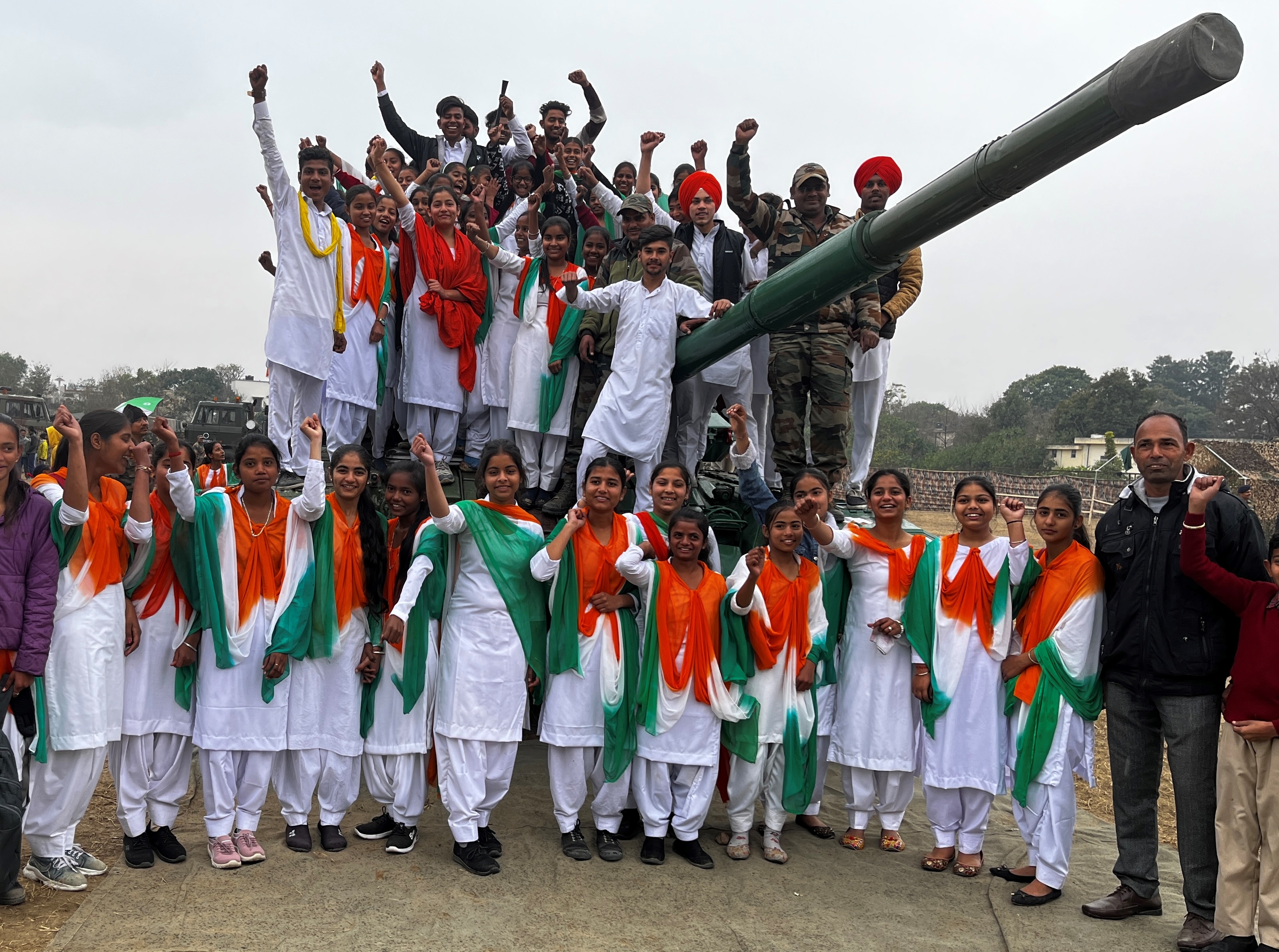 A military display was conducted at Topchi Ex-servicemen CSD Canteen Camping Ground, Hoshiarpur on 24 Jan 2023 under the aegis of Jalandhar based Vajra Corps. The event was organised as part of Army and Republic Day celebration, with an aim to increase awareness about the Armed Forces, motivate the youth of the country and deepen the sense of patriotism.

The exhibition and display was witnessed by a large numbers of Ex-servicemen, students of various Schools and NCC Cadets. The might of the Indian Army was showcased through this ‘Equipment Display’ which included Infantry Weapons, Artillery Guns, Surveillance Devices, Specialist Vehicles and other advanced weapons.